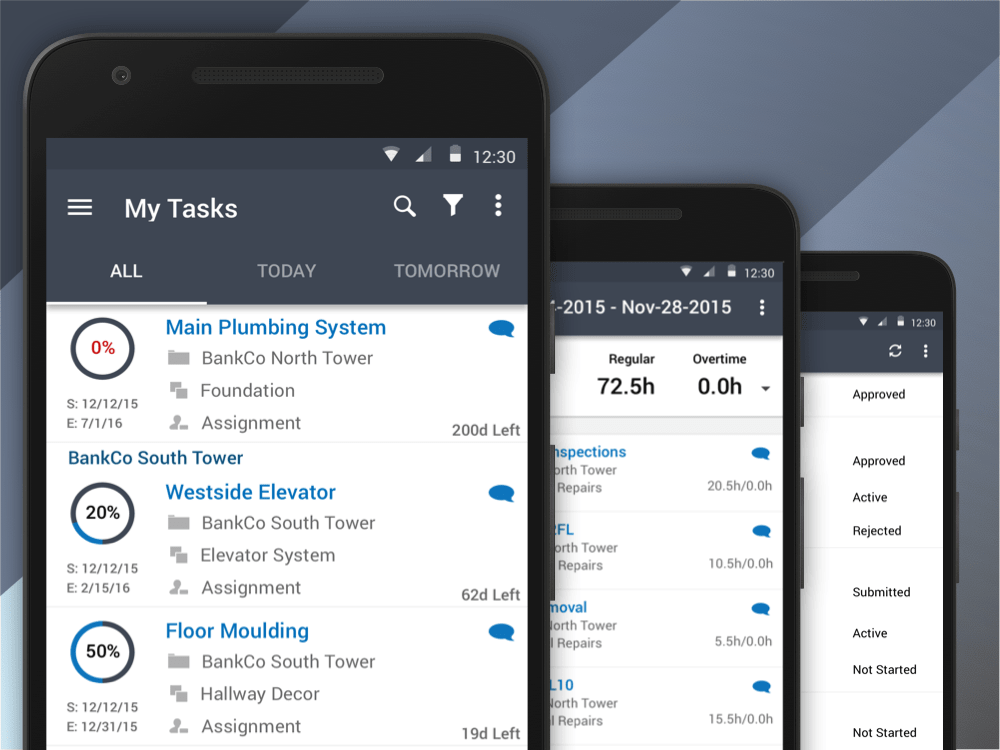 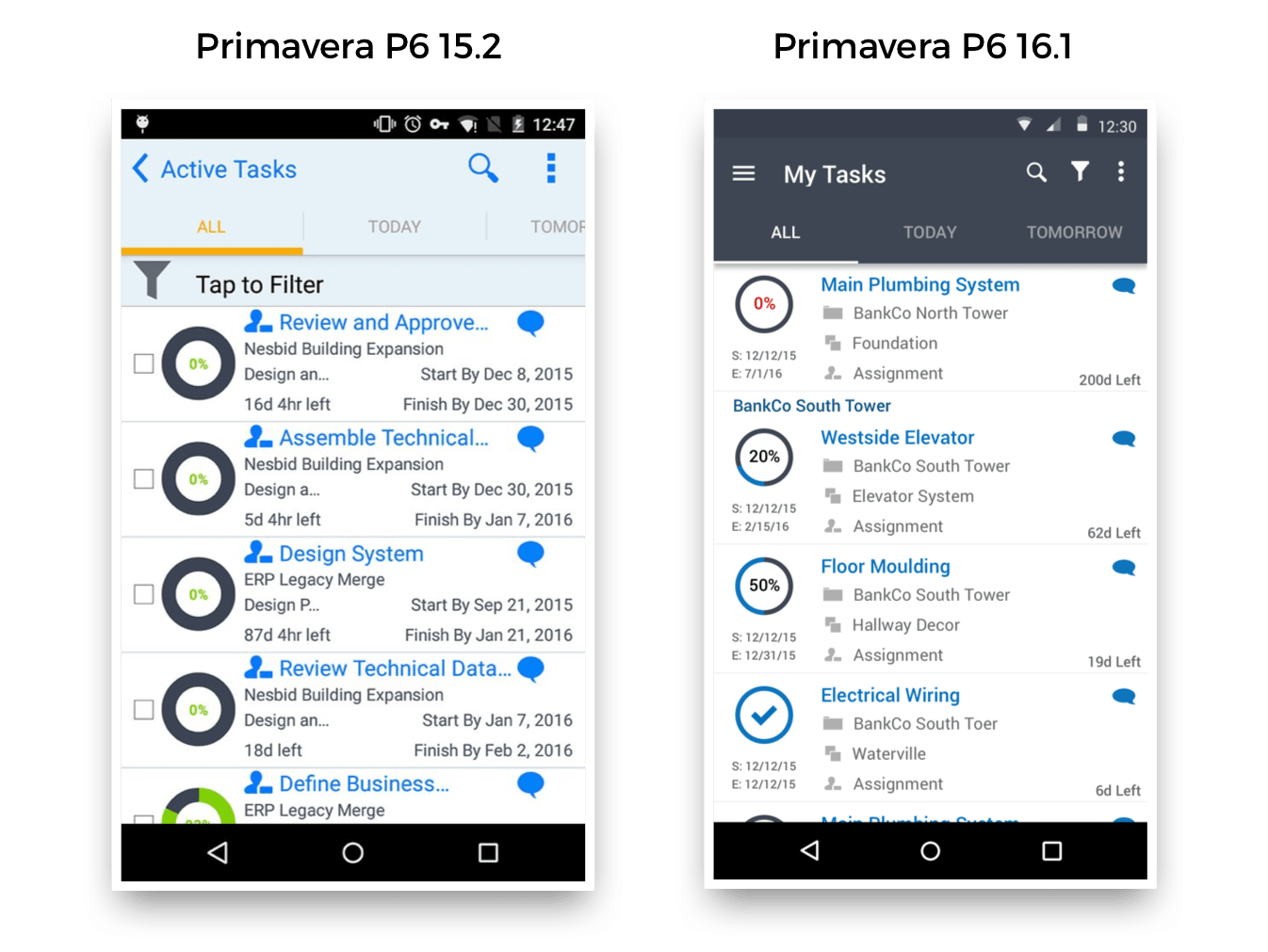 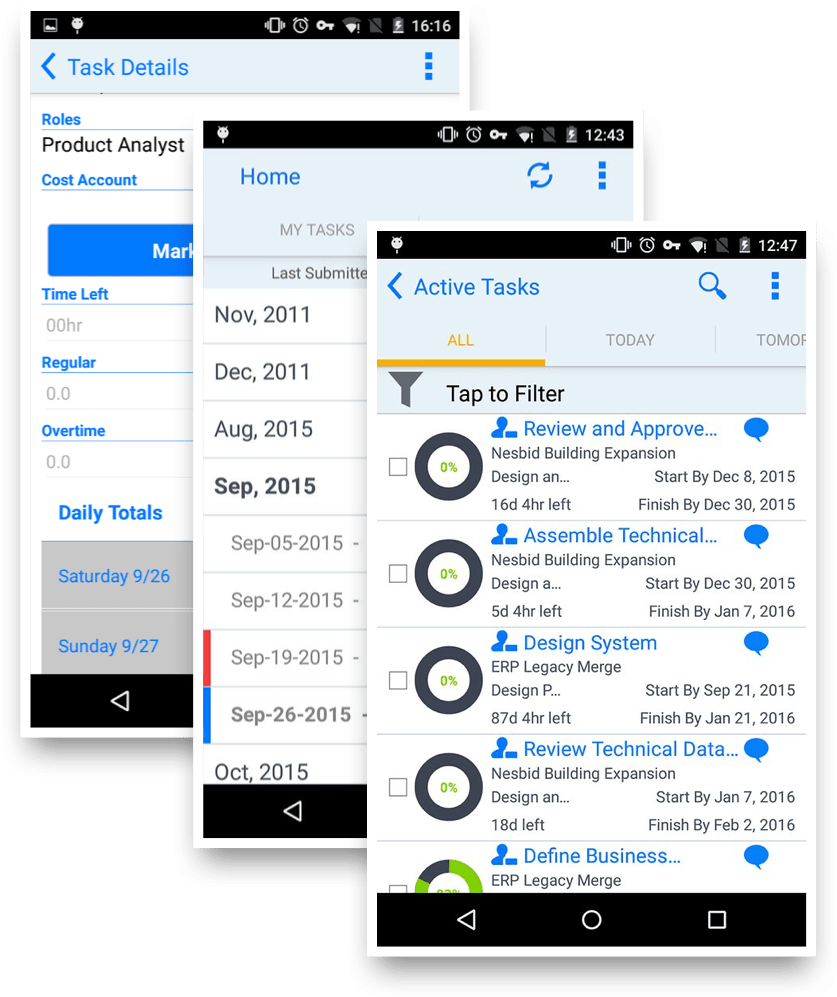 Primavera has had mobile offerings to support their flagship project management software Primavera P6 for quite some time now. Before being assigned to this project we had been making overall improvements to the iOS version of the field reporting application, making sure it would fall in line with Apple’s HIG Standards. Now it was the Android app's turn, not just with a UI facelift, but also leveraging Material Designs updated paradigms. This has optimized the user flow to allow for viewing and reporting progress on project tasks, as well as access and fill out timecards more effectively.

The biggest experiential change was the navigation, originally the “My Tasks” and “Timesheets” sections were only separated by tabs, with each tab showing options to drill into, to then use the actual feature. This created a lot of extra steps and made harder to switch between each section.
When it came to the UI, there was a mix of iOS and Google’s Holo era standards used and it kind of left for a very confusing and cluttered experience. Material Design was relatively new at the time and I figured this was a great opportunity bring this application into the present standards of android applications. This not only included Material styled components, but also interactions and animations that really set Material Design apart from the past iterations of Android’s design ecosystem.

With an overhauled navigation, Material design components and standards, and a new color scheme, the Android version of the Primavera P6 16.1 now looks like it belongs with other apps of its ilk in the Google Play Store. Now with use of a hamburger menu it is much easier to switch between sections as well as give more space for the UI elements to breath. The updated list styling, where more padding and white space was added and greatly increases readability. Adding interactions like “Swipe to Complete” on the Timesheets view greatly increases speed and through testing and reviews was found to be some of our users most appreciated new feature. 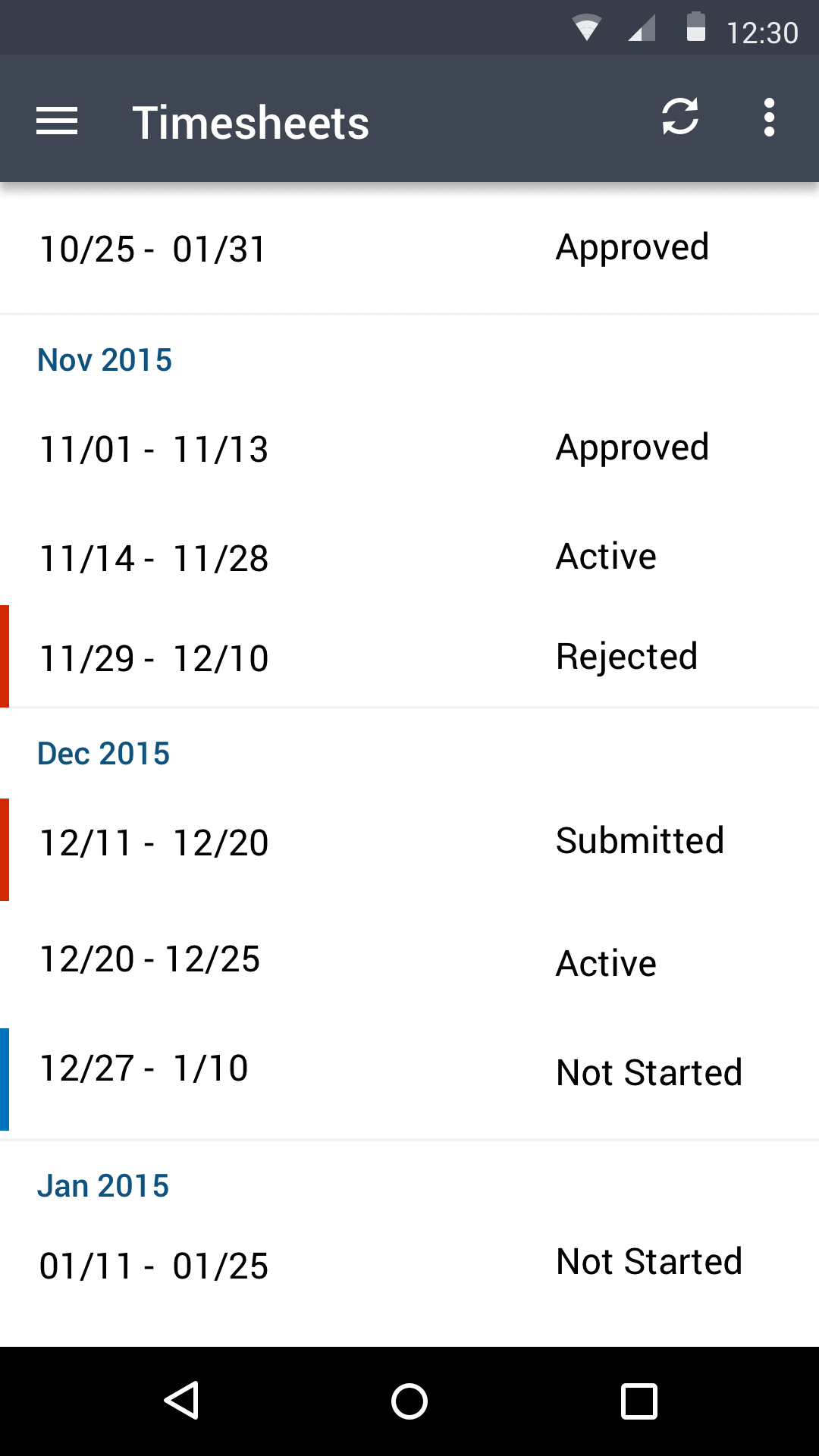 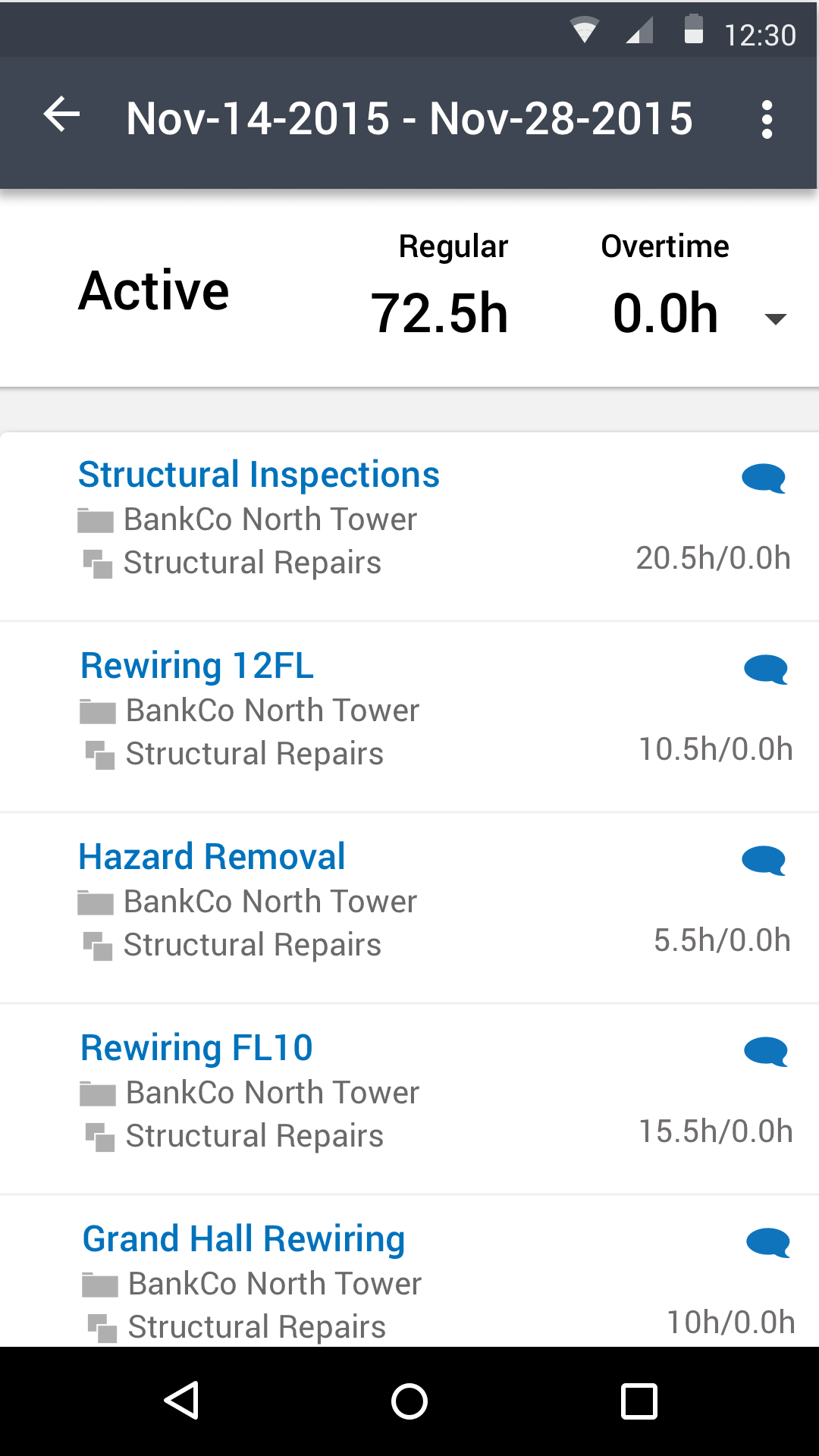 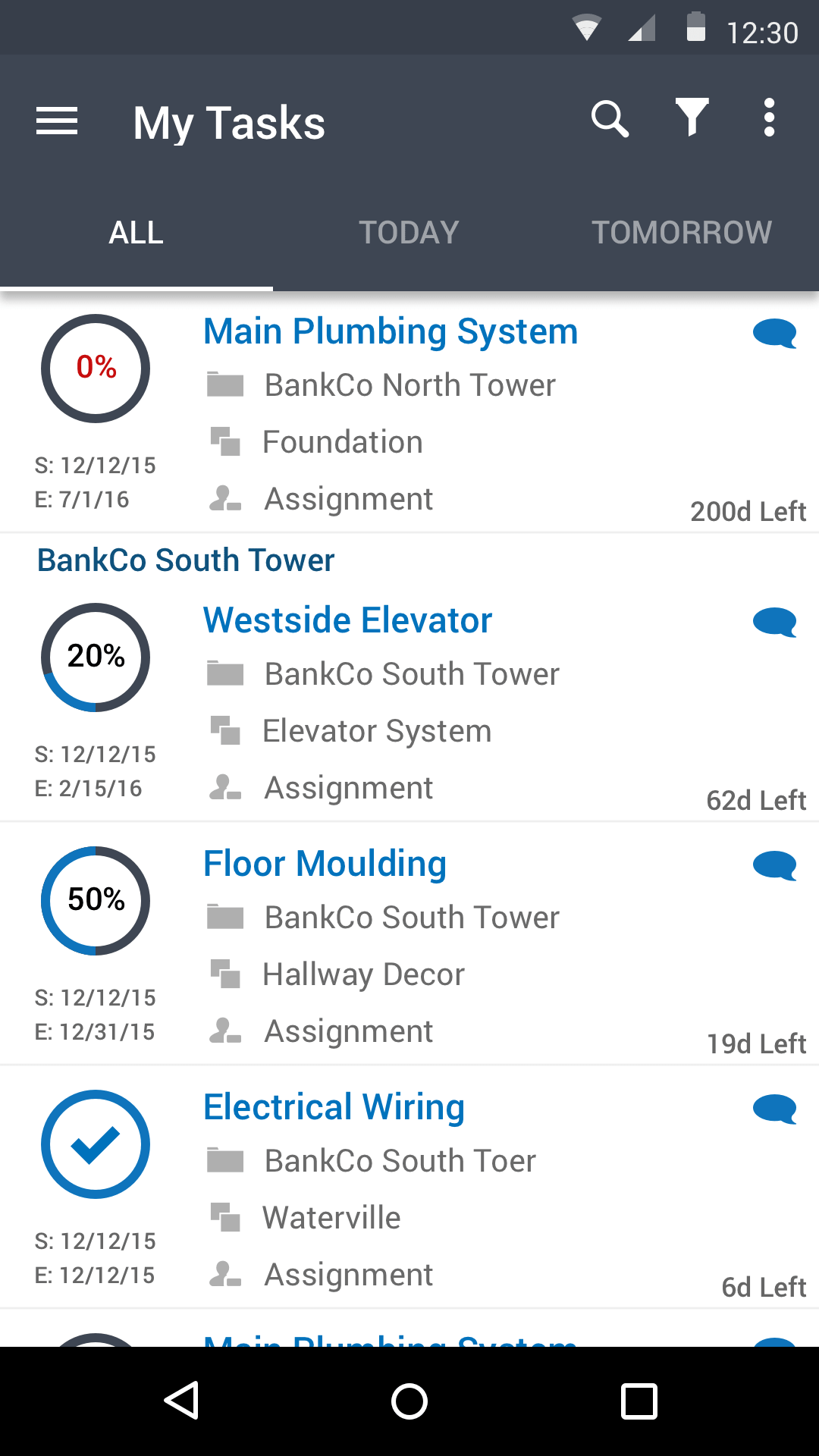